When in 2018, local startups generated EUR 300 million in annual turnover, this year 52% of the same target has been achieved. This means that compared to the first half of 2018, the consolidated turnover of startups has grown by 3%.

According to Maarika Truu, head of Startup Estonia, the sustainability of our startup sector is not just about increasing figures. “Diversity is the cornerstone of a sustainable and developing startup ecosystem. And diversity should be understood to mean the cultural, religious, socio-economic as well as educational background of the people involved. For a successful company, it is not absolutely necessary to have people that think alike, but a functioning combination of different visions, experience and skills, that through common goals and work, create the necessary competitive advantage for the company. I am pleased that the Estonian startup sector is becoming precisely like this and an increasing number of founders want to develop their company here.” 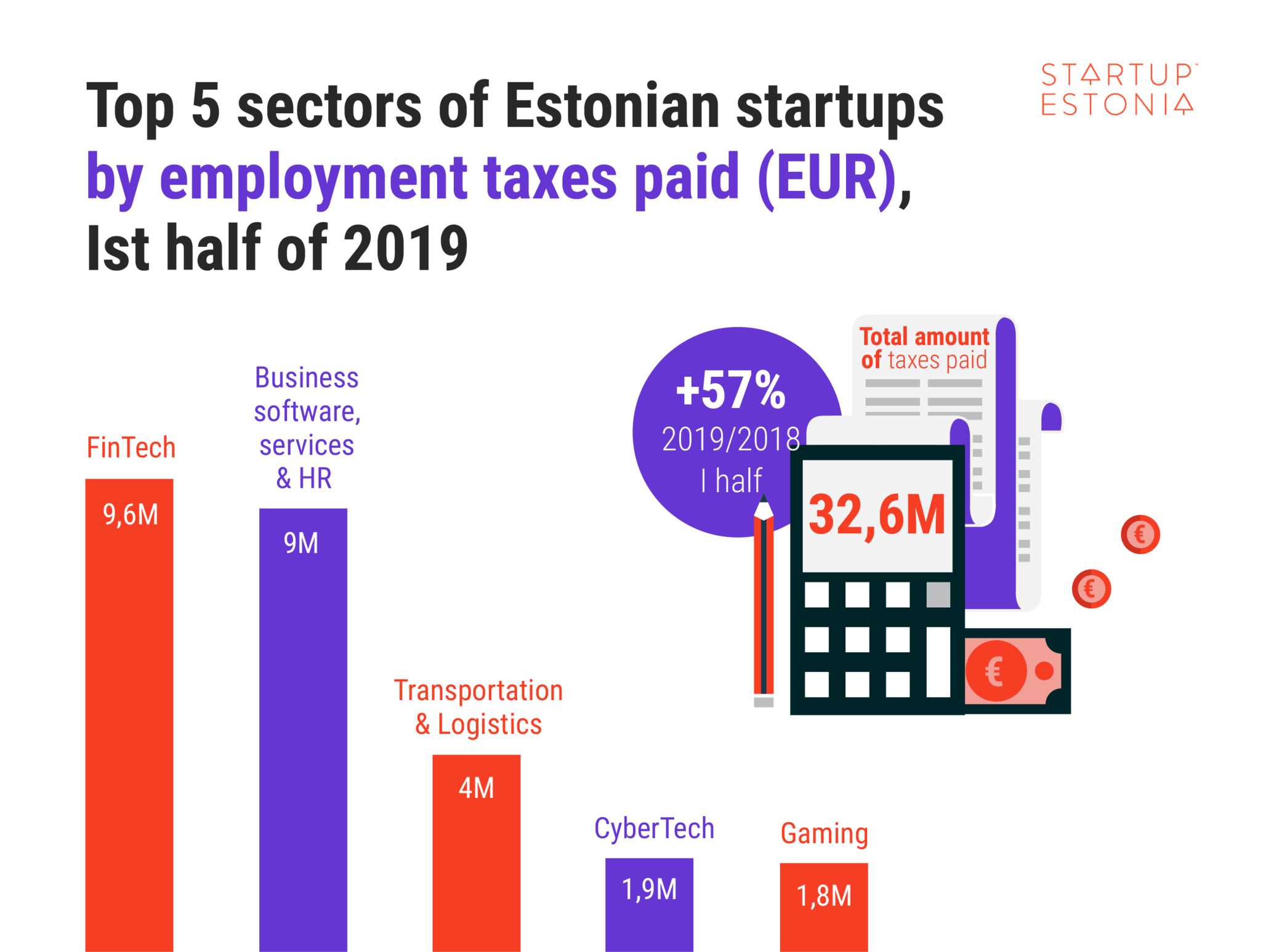 Labour taxes were paid in the amount of EUR 33 million and average salary in startups was EUR 1,706, which is 27% more than the Estonian average. Altogether 4,806 people work for local startups, which is 44% more compared to yoy. Out of the employees, 46% are women and 54% men, and nearly half of the employees in the sector have a university degree. Fifteen percent of the founders of startups are women; we can also find a similar proportion for example in Germany, Silicon Valley and Singapore. Most of the Estonian startups are founded by people aged 25-40 and with a university degree.

According to Moonika Mällo, who is responsible for monitoring the startup sector in Startup Estonia, most of the labour taxes are paid by the startups in the financial technology, business software, and service, transport and logistics areas. “Although, the average gross salaries of startups are higher than the Estonian average, they are still lagging behind the average gross wages paid in the three highest-paid fields.”

Investments were involved through 24 new transactions in the amount of EUR 117 million, giving an average of EUR 4.4 million per investment. Although the investment volume has decreased compared to yoy, the number of investments has still increased – there were 37 investments in 2018 altogether. The biggest investments this year were received by Bolt (EUR 60 million), Glia (EUR 18 million), Realeyes (EUR 11 million) Coolbet (EUR 7.6 million) and TBD-Biodiscovery (EUR 4.5 million). 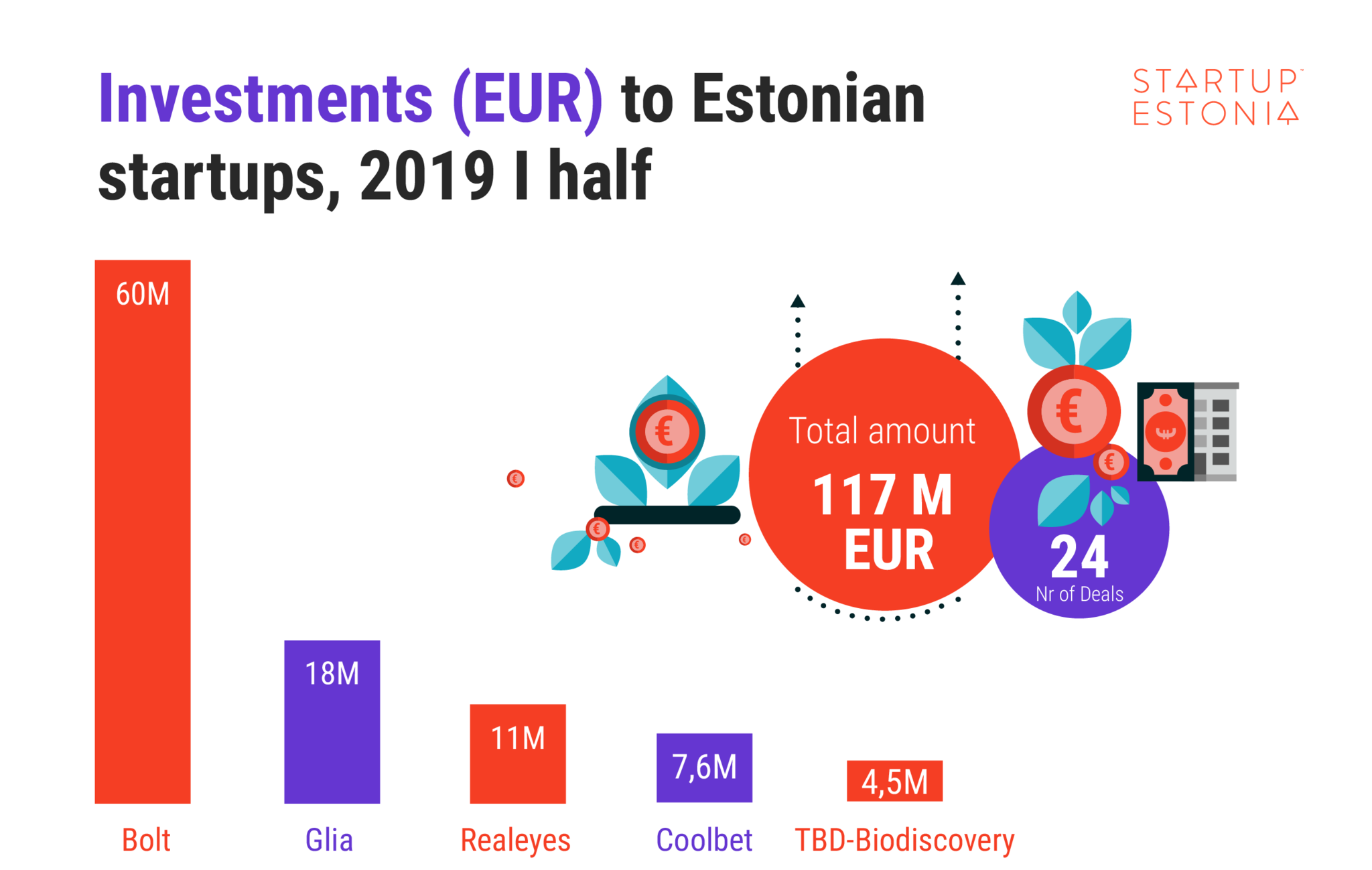 As a positive development, this week KredEx announced the signature of a new Baltic Innovation Fund 2, under which more than EUR 300 million will be invested into Baltic companies over the next five years.